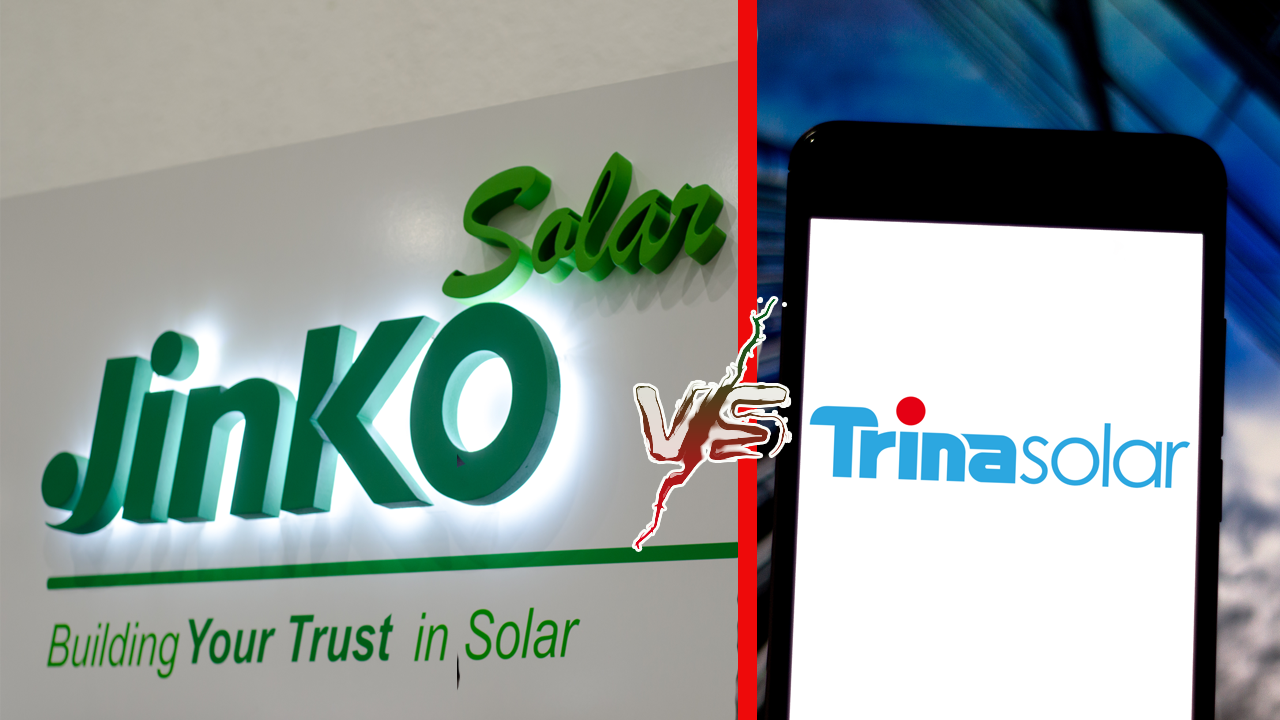 Comparing Trina solar versus jinko solar panels
Trina solar is one of the preeminent solar panel companies in the world and it manufactures low cost and high-quality products with their main head office situated in China. Trina solar panels company was established in 1997 today they have 12 offices around the world with having a partnership with leading solar distributors, installers, and developers in all major photovoltaics markets in the world it is not just that they are listed on the NYSE. they produce the highest quality solar panels and is a fully vertically integrated manufacturer that deals with the production of modules into multicrystalline and multicrystalline technologies that makes it one of the foremost solar panel providers in the world.
Jinko solar panel company
Jinko Solar is the counterpart of Trina solar and amazingly it is also a Chinese based company that makes cells, models, and wafers it is also a vertically integrated company. According to experts jinko solar was the best performing solar stock in 2012 as it provided some of the lowest cost and high-performance solar panels compare to other companies in the market.
The company has one of the largest customer-base around the world in more than 10 countries, including France, Belgium, Italy, Germany, the Czech Republic, the United States, Japan, Australia, and more developed countries. As we all know it is rather difficult to build a reputation in a developed country compared to the developing countries why because the competition in the developed countries is always high since they have their own companies operating around that gives affordable and best solar panels. Therefore we think that jinko solar must be trusted as customers from Such high profile countries first on the and prefer then over their local companies. Jinko solar use nanotechnology-based silicon Inc ok with the integration of processing platform in solar panel production.
jinko versus Trina solar panels Which one is the best?

Both Trina and jinko solar panels can be used for commercial, residential, and utility purposes without any trouble. Since both of them provide good quality and low price with high efficiency.
Jinko solar provides jkm200 m- 72, jkm 270 m- 96, and jkm 255 and 867 solar panels with monocrystalline properties.

It also provides polycrystalline panels with few options like jkm 250p-60 and jkm 29572 two versions that help customers to choose from a wide range of options.
Trina solar offers PA05: 60 cell universal solar panels there is suitable for utility e, residential, and commercial purposes so it is pertinent to mention that its name justifies its quality. Trina Solar also provides PA14: 72 cell which is is only available for utility purposes and it also provides the PD05: 60 cell dual glass panels that are of similar nature as universal cell panels mentioned earlier.

Trina versus jinko cell type
When we talk about the cell type both trainer and jinko are pretty much similar to each other as both of them provide cell type of 125 x 125 mm4 monocrystalline modules while 156×156 mm for multicrystalline modules. In this comparison, it is difficult to really call a winner.
Let’s dive right in to other specs
Wattage

Comparing the wattage of the two Trina solar ranges between 240 w – 305 w, while jinko solar panels come in in 180 what dash 295 wattage range which is significantly lower than Trina solar panels. Therefore in this comparison, Trina solar has the advantage as the specs suggest.

Frame
The friends of both solar panel brands are made of anodized aluminum alloy that shows there is very little difference between the two. And here we think that it both trainer and jinko go parallel.
Weight
Generally, the weight of solar panels matters as lighter modules consumes less energy while placing it on the roofs compared to the heavy wait solar panels.
Jinko solar panels are lighter compared to trainer as they come in 14.5 kg, when we consider monocrystalline models whereas the same panels of Trina solar moduls weigh 15.6 kg. The multicrystalline models of trainer weighs 19.5 kg and 28 kg respectively compare to the the 19 kg and 27 kg multicrystalline moduls of jinko solar.

So what are you going to do now? will you select jinko vs trina solar panels or trina vs jinko? ultimate solar energy offers both high-class panels just visit our commercial Solar Panels Melbourne page. if you are a household you can also visit our residential Solar Panels page.