Food Manufacturers in Australia are Saving with Solar 2020

As we all know that Food manufacturing is a power-hungry business and their most challenging aspect is the rising cost of electricity for the industry. In response, some manufacturers — both small and big — are now choosing to switch to solar, that along with reductions in carbon emissions resulting in significant energy savings.

Talking about two of Australia’s leading smallgoods manufacturers D’Orsogna and Tibaldi companies with some of the largest roof-mounted systems have recently made the transition to solar in Australia.

Tibaldi Last year have installed a 1 MW roof-mounted solar system with  over 2900 solar panels. The system was  profitable from day one and we can say that it was cashflow positive, as it cuts 1537 tons of emissions annually and provides more than $330K in annual energy savings.

Tibaldi CEO Greg Ridder mentioned” We are always looking at sustainability and innovation of the business, so using the great amount of roof space on site for a large-scale solar system was  on the cards and an easy decision to make”

He further continued that this will provide environmental benefits by reducing the reliance on the grid, and will help lower the cost of electricity, and also make Tibaldi more competitive in the market.”

Similarly, in 2019, D’Orsogna decided it would be a good decision to make utilizing their extra space and it made sense to use its vast roof space for the creation of its own energy supply while making a strong commitment to sustainability.

Its 8500 square metres of rooftop solar powers will be cashflow positive from year two which is a one-megawatt system that, cuts 1883 tons of emissions annually and saves a massive amount of around $210,197 on electricity each year.

It’s not just the food producers and larger manufacturers who are tapping into solar. Small to medium-sized businesses like Integrity Fruits in the Goulburn Valley are also choosing to make the green switch, which installed a 100 kW solar system. 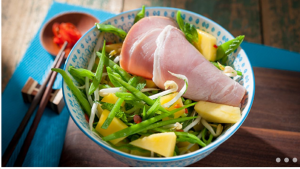 With high labour costs and tight profit margins in mind, Integrity Fruits Orchardist Peter Hall looked to gain efficiencies in other areas of the business.

“It all started when we started to requote our electricity contracts,” Hall added.

“We’re happy that it gives staff the sense that they’re working for a company that’s innovative and that we are progressive;. It’s good for people, for our region, for the environment and the world.”

For businesses in the industry considering a move to solar, D’Orsogna Managing Director Greig Smith provides the following advice and insights:

When researching solar: There are many of solar system providers in Australia. Go Wwith those providers that have a proven track record and source and supply inverters and solar panels from leading manufacturers.
Installation: The key is in choosing the correct solar system provider. Make a short list of the top two or three providers based on the quality of the equipment they supply probably Ultimate Solar Energy may be the best choice :), and the one which guarantees and their after-sales service. Then negotiate the best price, service package, and guarantees.

As the solar industry has seen immense growth across the globe in the recent past, Australia also has one of the fastest-growing solar panel industry. Now it’s the perfect time to go solar as the solar victoria is providing Covid-19 provisions in the form of solar rebate and interest-free loan. Therefore we highly recommend businessmen and Households to go green without further delay. As a good amount of money over $3600 is reduced from the cost by solar victoria and they also provide interest-free loans. You have the option of repaying that amount in a delayed period of time which has now been extended. So what are you waiting for? Go for renewable energy in Australia now, and businessmen must opt for Commercial Photovoltaics in Australia to get things done easily.