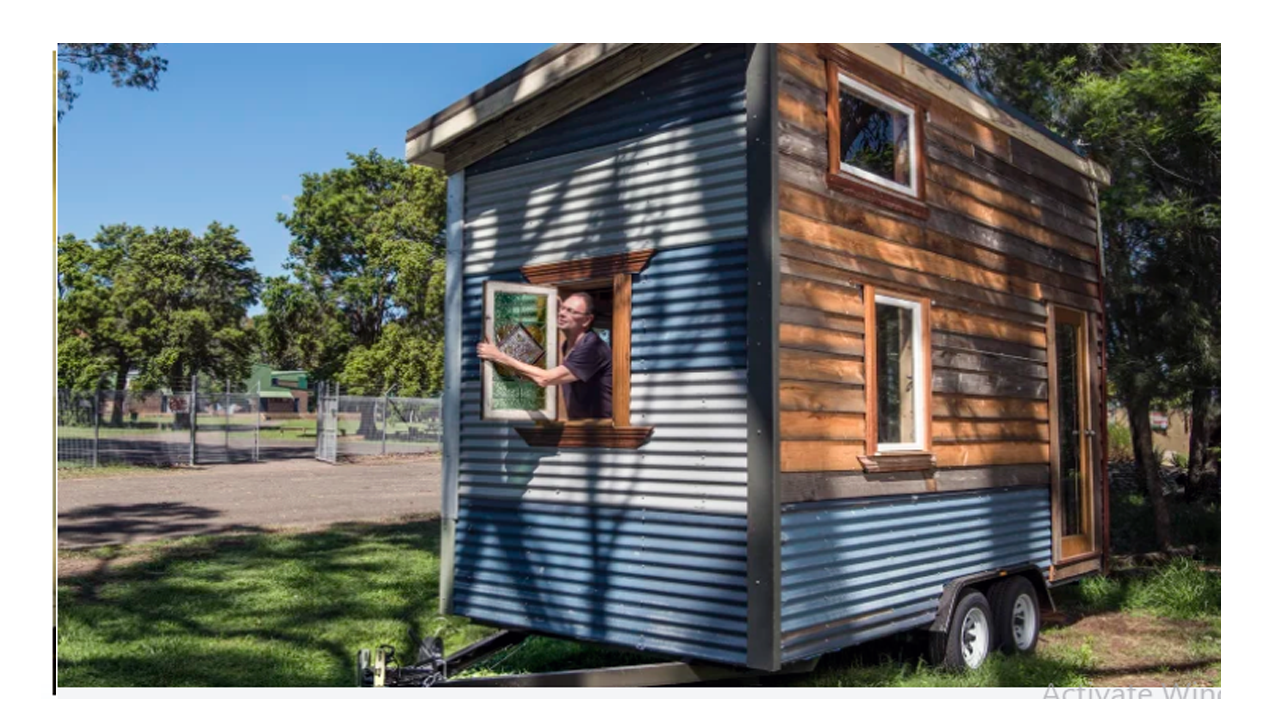 Little house on the property market with [Solar panels] 2020

It’s a concept that ticks several boxes. Make things out of materials that would otherwise end up in landfill, teach people the carpentry and building skills and then sell the finished items to cover tool and equipment costs.

So it was ‘the tiny house’ with small, sustainable living spaces came to be with Australia’s outdated desire to live in large property. There was a remarkable turnaround and it was demonstrated further by last weekend’s Tiny Homes Carnival in St Ives on the north shore. Many people joined and the car parks were full by 10am.

The Tiny House is built with reclaimed building materials, has a waterproof and insulated roof (with solar panels) and there is space for a  water storage and a sleeping loft. The buyer can fit out the interior as per its intended use, for example, home, office, workshop, nanny space or any other function. It is 4.2 metres high, 1.98 metres wide and 4.82 metres long. The auction estimate is for more than $18,000.

It was built by a group of 15 people who paid to learn the skills on a six-day course at the Bower Reuse & Repair Centre Co-operative, which runs in Parramatta and Marrickville. The environmental charity is committed to reducing landfill. The volunteers collect unwanted items and reuse them.

Items refurbished include furniture and electrical goods and they will consider bespoke requests from customers.

Guido Verbist a Co-operative manager said the group had plenty of volunteers with a variety of skills and backgrounds who offered their services as people realised it was better to re-use and repair rather than throw away.

He further added that: “It is not a caravan. It is not designed to travel a lot. The aerodynamics are not there and the weight is too much to do a lot of long distances.

“It is something that you live in, make your home. It is built to lock-up stage, which means it is up to the buyer to do the interior in whatever way they would like to use it as the interior is not finished . We have someone interested in using it for accommodation on a campsite. 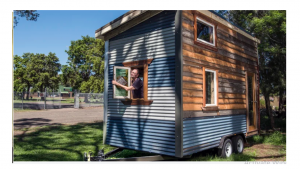 “The reason it is on wheels is so that all you need is approval from the owner of the land you want to put it on and nothing else.”

Annette Mayne, is one of the volunteers lending skills to the co-op who developed an early love of woodworking. She has introduced her son Lachlan to its delights.

“My father is a retired carpenter and from a very young age, I was in his workshop playing around with hammering in nails and bits of timber.

When I was a teenager he taught me the way to restore antique furniture and I think I was hooked from that moment on,” she said.

“I facilitate the Parramatta womens’ shed and we meet every fortnight. I quite like seeing the joy on their faces when they have actually managed to build something.” Her first job is refurbishing mobile phones which are then given to people in need.

Lachlan, 13, said he has just finished making a candle holder and chopping board in woodwork classes at school. He said: “I’d like to make some wooden tongs. I am also quite good at making furniture.”