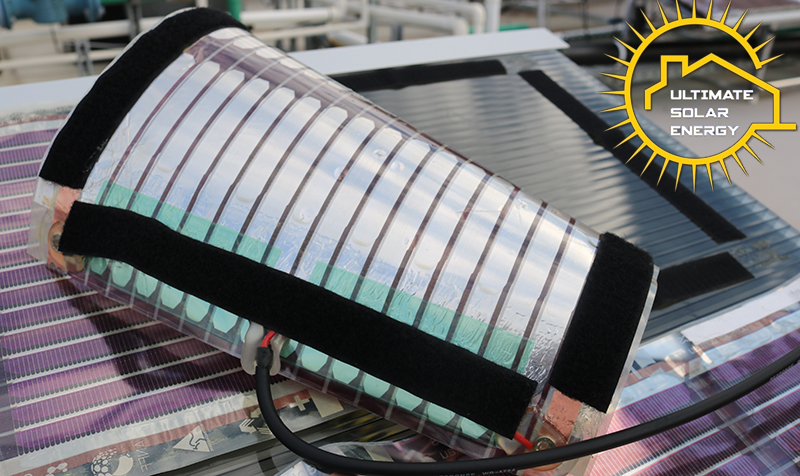 Silicon solar cells fulfil their destiny as the most developed and efficient photovoltaic devices in production, researchers are developing step-change technologies — think throwaway, solar cells that stream off roll-to-roll printers almost as swiftly as newsprint, to be clicked, slicked or slid into place, and re-placed a couple of times a year.

“The next big thing in the solar cell industry has to be cheap,” says Professor Joe Shapter, recently of Flinders Uni, and now responsible for strategic leadership of research infrastructure at The University of Queensland (UQ).

“When the cell is extremely cheap I’ll just accept the fact that every six months I might have to go to Bunnings and buy another roll of solar cells, peel the old ones off and put up the new ones,” Shapter told pv magazine.

“In that scenario, the solar cells will be nowhere near as efficient as silicon cells, but because they’re much cheaper, we’ll have many more of them, so we’ll end up in the same place.”

Nanomaterials, that can be applied/printed as the thinnest films during the cell production process, and which are made from materials that occur abundantly in nature, are the focus of several research projects around Australia. Synthesis of graphene, for example, has seen recent breakthroughs at RMIT University

“Phosphorene is an exciting material because it is a good conductor that will absorb visible light,” said Shapter on the recent publication of the VFD process in the journal Small Methods.

At this stage, says Shapter, the VFD-produced phosphorene if left exposed to the atmosphere harmlessly disintegrates within a week. 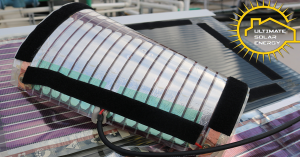 The phosphorene flakes produced by microwaves show promise for incorporation into any kind of solar cell, where its role will be to accelerate electrons along an electricity-producing path.

Shapter explains: “When you shine light on a cell, you have this excited electron, and you need to move it out of the cell so you can make electricity. To do that the electron has to jump from material, to material, to material, until it eventually gets to the wire. Normally the steps between those materials are pretty big. But phosphorene can fit into the gap between materials and makes the transition or the transfer of the electron faster, and that makes the cell more efficient.”

This characteristic makes phosphorene a potential key ingredient to improve the sustainability and efficiency of perovskite solar cells, a non-silicon technology in which resistivity to current remains one of a number of challenges.

Shapter says his group is also working with solar cells “based on carbon nanotubes and silicon” in which phosphorene has improved efficiencies. The goal in this line of research is to make an all-carbon solar cell, which has cost benefits and end-of-life benefits for sustainable  solar generation in decades to come.

Phosphorene resumes its place in nature

The essential biodegradability of phosphorene also marks it as a material suited to future large-scale photovoltaic power production.

“Silicon is obviously not going away anytime soon,” Dr Christopher Gibson,Senior Research Fellow at Flinders Uni College of Science and Engineering, told pv magazine, “because it produces the highest efficiencies. But the very, very high efficiencies you can achieve with silicon solar cells are often very costly and time-consuming to produce.”

Shapter adds that silicon is also brittle and heavy, to the rationale for developing other technologies that are flexible and light.

Researchers led by Professor Paul Dastoor at Newcastle University’s Centre of Organic Electronics have already successfully produced lightweight, flexible solar modules on a roll-to-roll printer that can churn out hundreds of metres of solar cells in a day.

Shapter sees phosphorene contributing to the generation capacity of such solar cells, which can be applied where heavy panel architecture is too unwieldy, and where solar generation is urgently required, such as in disaster zones.

“Phosphorene will be one of those elements you’ll add, probably in very small amounts, but they’ll help improve the performance by maybe 10-20%,” he says. So a solar technology that costs $10 a metre to make, and may only be  10% efficient, becomes 12% efficient — a significant gain at scale and over time — even when the time frame is six months.

Shapter adds that another theory his group is keen to investigate is that phosphorene could be made thicker or thinner to fit the gaps in connectivity between other solar-cell layers, “So you could potentially create a couple of really tiny little steps and then things might go really, really quickly.” Cheap thrills await.