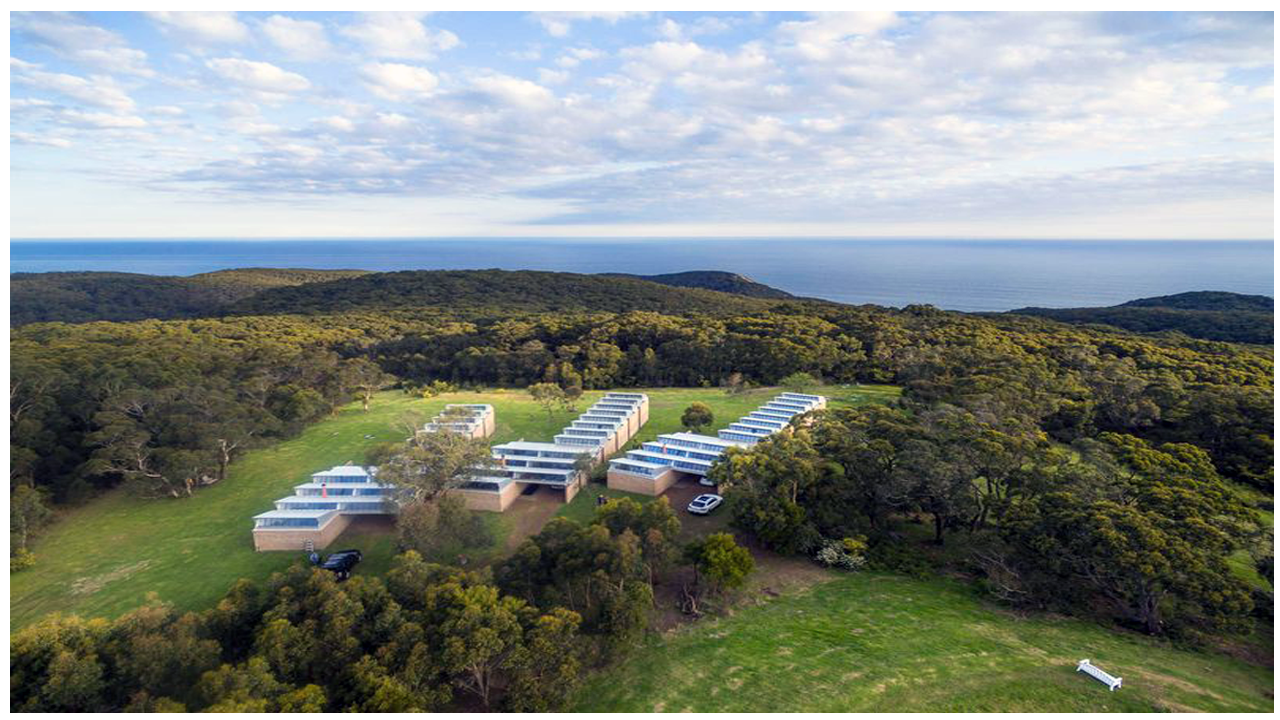 A 12-bedroom resort with impressive environmental credentials along the Great Ocean Road has hit the market, with its owner saying it has potential to grow, or become a family compound.

The luxury Alkina lodge at 35 Parkers Access Track, Wattle Hill was designed to have minimal impact on the environment, with a number of passive heating and cooling features and it is just about self-sufficient.

“We call them skywindows,” owner Michael Minshall said. “They are all critically placed to keep the sun out in the summer and let the sun in the winter.

“And all of the floors are Australian bluestone. So the idea is in the winter time the sun comes through and warms the floor.”

In winter, the sun will come through the skywindows and warm the bluestone floors.
It keeps the inside warm during winter, he said, but there was hydronic heating as a back-up. The compound is also air-conditioning-free.

“The houses are designed to breathe and, because it’s on a headland, we get great cooling breezes and we have heaps of ventilation,” Mr Minshall said.

“There’s a lot of passive heating and cooling built into the structures, and in addition to that we just put in $130,000 of battery packs and solar panels and a wind generator – not one of those giant wind towers but it’s like a baby small version of that.”

The 12 bedrooms are spread across three four-bedroom lodges, with long, narrow floor plans that extend towards the ocean. 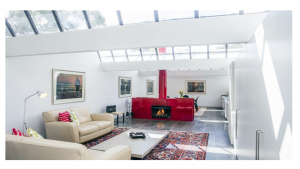 The homes were designed by acclaimed architect Glenn Murcutt AO and his partner Wendy Lewin, which contributed to Mr Minshall’s decision to buy the property in 2014.

“I thought, ‘oh that’s really neat stuff’,” he said. “I’ve been a fan of his since my arrival in Australia, and when I heard there were some Glen Murcutt-designed houses down on the Great Ocean Road near the 12 Apostles I thought, ‘Oh wow’.”

Mr Minshall was parting with the resort because he and his wife were looking to wind down their working lives. The lodge is being sold with approved plans for another lodge and a 75-room hotel.

“We thought the place needs to go to the next stage, if it’s to continue as a hotel,” Mr Minshall said. “That’s a four or five-year project with a lot of work involved so we thought, ‘Are we really the people?’”

The homes were designed by acclaimed architect Glenn Murcutt AO and his partner Wendy Lewin.
RT Edgar’s Gerald Betts who has the sale says a new operator could take over operations, or a large family could use the hotel as a large home. 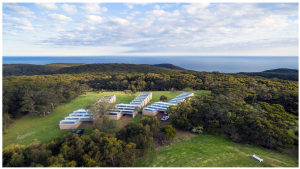 “It’s quite luxurious. It’s remote and in the hinterland, but not far from the beach,” he said. “Someone could buy it and add more units or a family could buy it as a bolthole, and have family and friends come to stay.”

It’s listed for sale as an expressions of interest campaign, closing on December