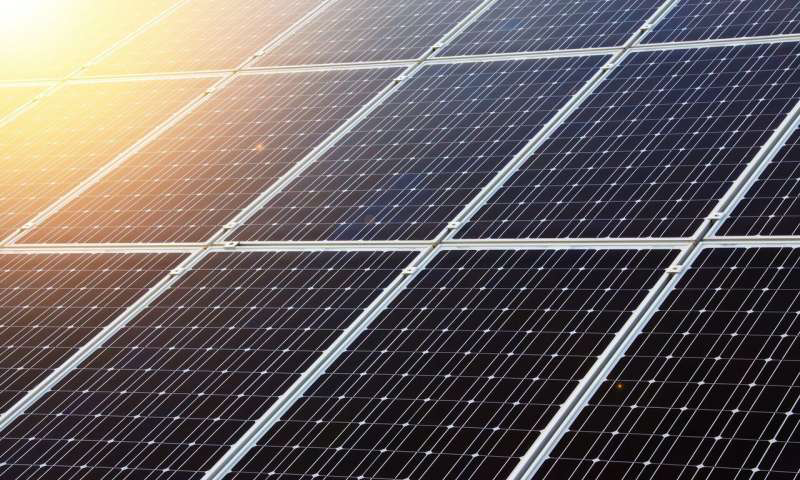 Solar transformation from centralised energy model to decentralized, but can it bridge the social divide?

A decade ago, less than 100,000 rooftop solar systems had been installed in Australia. Today, there are over 2 million systems, and a host of other small-scale, modular devices for storing and managing energy used by Australian households.

Much of the focus of our energy transformation has been on technology. Distributed energy resources (DERs) like rooftop solar have enabled just about anyone to generate electricity, rendering the grid a plug and play platform for users to configure.

Getting new technologies to work with the existing system and keep the network operating is an engineering feat that needs critical attention. However, an equally important consideration in discussions about our changing energy system is the changing relationship between service provider and consumer, and the implication this has for social equity.

Dr Gill Owen recognised that energy policy is social policy and that the application of new technologies in the energy market had implications for fairness. Her thought leadership on the adoption of smart meters speaks to this. Owen outlined how smart meters and dynamic pricing could benefit consumers and reduce peak demand, but could also disadvantage lower-income households.

She knew that a one-size-fits-all approach to energy policy was unjust, and advocated for targeted policy responses that accounted for social differences.

A lot could be gained today by applying Owen’s insights to the rapid growth of DERs and the rise of ‘prosumers’. Prosumers are a new actor that both produce and consume their own energy, and they are most clearly represented in Australia by households that generate electricity from rooftop solar panels.

A staggering 20 per cent of households in Australia are prosumers, using locally generated electricity in their homes and feeding excess energy into the grid.

For the most part, prosumers and their uptake of DERs are positive developments that are supporting our transition to a low-carbon energy system, reducing the cost of electricity for many households, and demonstrating opportunities to curb peak demand.

By generating and using energy locally during peak periods, costly grid upgrades can also be avoided.

However, when we look closely at who prosumers are and who they aren’t, and their distribution across the network, there are some emerging inequalities that need to be addressed as the transformation of our energy system scales up.

Solar haves and have nots

Overwhelmingly, households with rooftop solar are made up of people that own and live in a detached or semidetached house.

Statistical analyses by Newton and Newman (2013) and Sommerfield et al (2017) in Australia both found that dwelling type and tenure significantly affected prosumer activity, with home ownership and living in a stand-alone house positively influencing the take-up of rooftop solar.

In contrast, places with high concentrations of people who rent and live in apartments were found to have lower rates of solar installations.

The inequitable rates of participation in prosumer activities like installing rooftop solar were noted in the Australian government’s 2017 Finkel Review, which stated:

“[Some] consumers have limited opportunities because they rent or occupy high-density buildings. It is important that these consumers are not excluded from the possible benefits of the energy transition.”

Renters and apartment dwellers haven’t been intentionally excluded from prosumer opportunities. In principle, these groups could have applied for rebates and taken advantage of the generous feed in tariffs that stimulated and supported the growth of small-scale solar.

However, in practice, people that rent and live in apartments aren’t on an even footing with owner occupiers of houses. They face a range of regulatory and market constraints from bureaucratic strata committees to information asymmetries.

While government does fund innovation projects and trial programs to support the development of new business models, these rarely scale up as a result of the prevailing constraints. An example of this is the uneven power dynamics between landlords and tenants in the rental market.

Enterprises have been set up to address the split incentives issue and make the monetary value of a rooftop solar system explicit to both tenant and landlord.

However, without market pressure through mechanisms like a disclosure scheme, action will only be taken if a landlord is personally motivated to install. Broader reform is often needed to translate pilots to practice and, in turn, facilitate prosumer opportunities for people who rent or live in apartments.

Perhaps the undemocratic nature of prosumer incentives and activities could be overlooked if their overall impact had resulted in a cleaner, cheaper and more efficient energy system for all.

Rooftop solar is certainly contributing to a cleaner energy system, meeting a quarter of the National Electricity Market’s net demand in optimal conditions.

Unfortunately, many of the efficiencies of decentralised energy production are being undermined from a mismatch of where energy is generated and where energy is consumed.

By and large, rooftop solar is concentrated in outer suburbs where there are far more detached houses are far fewer apartments and renters.

Mapping the Clean Energy Regulator’s postcode data for solar ‘small generator units’ in Sydney (below), we can see that postcodes with the largest generating capacity (those dark blue and light blue areas, which represent the top two quartiles) are largely in the outer suburbs. 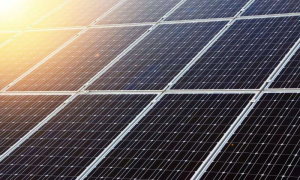