The approximately $1.3 billion Solar Homes program was one of the key promises in the Victorian election campaign by the Andrews government to subsidizes half-price solar panels for around 650,000 households and takes 1000 dollars off the cost of solar hot water for about 60,000 homes.

when rebates were offered Last week for August, they were finished just in under 90 minutes.
The government has been forced to limit the number of subsidies to 3333 by the scheme’s popularity.

Mr Taylor explained to The Australian that the Andrews government has failed in the energy sector to fulfill the users requirements. 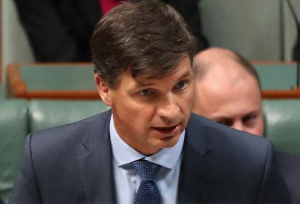 “Labor governments have a bad track record of short-term policy ­making that has disastrous consequences,” he told.

“The Andrews Labor government has failed businesses and consumers  and they also have been failed on price and reliability.”

“The government needs to urgently make changes to ensure the scheme is a success and to acknowledge the problems caused by its poorly thought through solar rebate scheme,” Dr Read said.

“This was one of the government’s flagship policy from the election 2018 . The minister must urgently increase the number of rebates available and also allocate sufficient funding, instead of trickling them out to the detriment of solar businesses and customers.”

Ryan Smith who is the Liberal energy spokesman said installers who didn’t get a rebate approval on August 1 were most likely to not get a job for the rest of the month.

“Labor incompetence is costing jobs, hurting small business, and actually slowing the rollout of solar in Victoria,” he said.

“It is simply awkward that Labor’s signature solar initiative is causing such type of damage to a sector it is supposed to help.”

Mr Smith told that solar business owners are now reporting they would prefer a removal of the ­rebate.

we had significant number of complaints regarding the rebate scheme last week about the capping of the program, Solar Homes Minister Lily D’Ambrosio said it was a “significant change” in the way the solar industry operated.