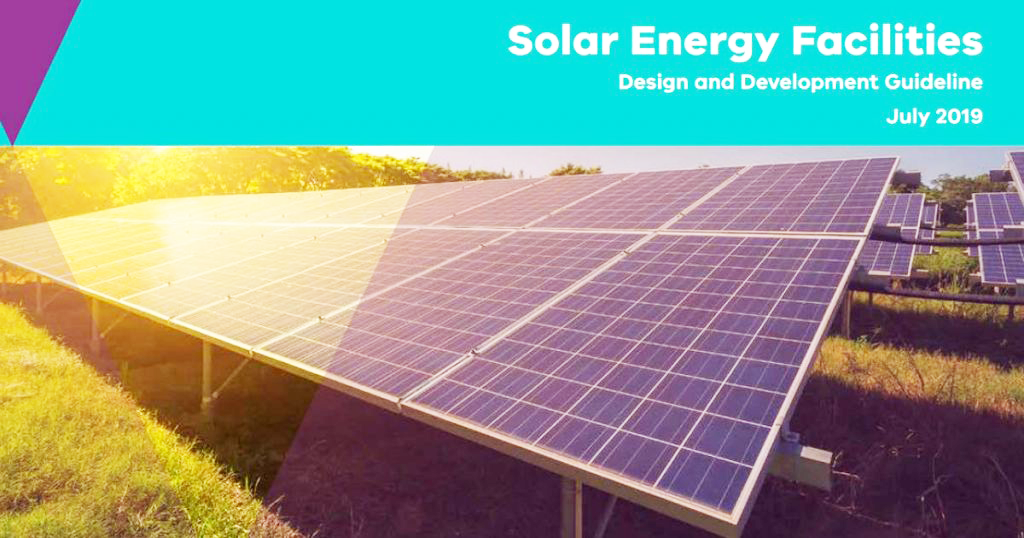 New planning guidelines for large-scale solar farms in Victoria were released by the Andrews Labor Government yesterday, but they may be still some way off from having teeth.

The development of the guidelines was in part triggered by various Victorian councils finding it challenging to arrive at decisions in relation to development applications; with a number referred to the State Government. For example, Greater Shepparton City Council found itself torn between the benefits large-scale solar power projects could bring its area and concerns over the potential impact on agriculture.

“The guidelines will help to ensure community consultation is part of the process from an early stage, so local residents are engaged, informed and have an opportunity to provide input before the planning permit is lodged,” said acting Minister for Planning, Lily D’Ambrosio. “Along with providing more certainty to the community, the guidelines will reduce the burden on local councils and give the renewable energy industry more confidence to invest.”

The Guideline notes a solar energy facility should not result in:

loss of productive, state-significant agricultural land
loss or interruption of supply to the immediate or broader electricity transmission network
loss of vegetation, habitat or species of environmental importance
loss of cultural heritage or landscape values of significance
increasing exposure of an area to fire, flood or other natural or environmental hazard.
Furthermore, solar farms will not be permitted to undermine the integrity of the irrigation network within a declared irrigation district (Goulburn Murray, Merbein and Red Cliffs, Macalister, Werribee and Bacchus Marsh).

The Guideline notes it does not cover rooftop solar panel arrays, some of which are considered large-scale projects, and/or where the generation of electricity is principally to be consumed by an existing use on the land.

The final Solar Energy Facilities – Design and Development Guideline can be downloaded here.

Solar Energy Projects Still Left Hanging
As mentioned, Greater Shepparton City Council asked for the Planning Minister’s assistance with some applications back in 2017. Of the applications called in by the Minister, one was approved, but those for Lemnos, Tallygaroopna and Tatura East solar farms have been in limbo since; pending release of the guidelines.

However, it turns out the Guideline will be implemented through a future amendment to the Victorian Planning Scheme. Assuming it passes, Victoria’s Minister for Planning will become the responsible authority for all large-scale solar farm development applications. But until such time, the Guideline “has no force or effect”. So, how much longer before a decision will be made on the three applications is unclear.

A day before its release, Shepparton Independent MP Suzanna Sheed called on the Victorian government to make a decision on the projects – now; and for the Guideline to be used in arriving at those decisions. Ms. Sheed appeared confident that based on the draft Guideline, those projects could not be approved.

Among the other proposed projects currently in the Minister’s hands is Baringhup Solar Farm. According to the Bendigo Advertiser, an independent hearing run by Planning Panels Victoria was recently held over three days, and the body will complete a report and recommendation to provide to the Minister.

Meanwhile, Back At The VIC Residential Solar Ranch…
Minister D’Ambrosio mentioned in her comments yesterday that solar technology was “taking off” in Victoria. Well, it certainly wants to. But any large-scale project debate aside, it is being held back in the case of small-scale solar power.

In a nutshell, the nature of the rebooted Solar Homes PV rebate is seeing solar businesses in Victoria laying off staff and closing down. A rally is being held this morning in an effort to get the Andrews Government to stop digging its heels in, make the necessary changes and to generally raise awareness of the issues – as the situation doesn’t just affect solar installers, but the wider Victorian community.