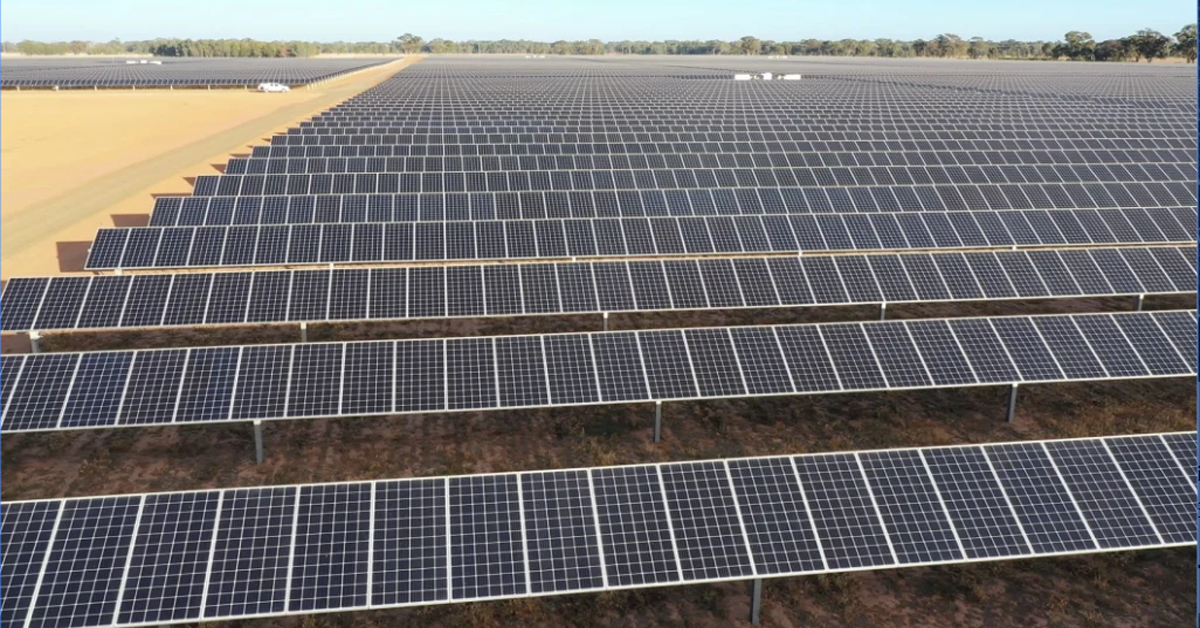 The largest solar farm of Victoria has reached full-capacity, with its French owner Neoen declaring the plant to be operating “slightly above” expectations as it is expected to give 3 gigawatts of new renewable and pv developments in Australia.

It took almost an year to build the $198-million Numurkah solar farm in the state’s north and employed about 300 people in the construction phase.

It has the capacity of 128 megawatt-capacity including 373,839 photovoltaic panels spread over 515 hectares, and it is going to partly power Melbourne’s tram network.

Louis de Sambucy, The managing director of Neoen Australia who took charge this month, said technology costs were continuing to fall and became so affordable, making Australia an increasingly attractive location for investment  because of its “incredible” wind and solar resources.

“We are at the very beginning of the energy transition.

“We look at projects where we can be at least 20 percent up to 40 percent lower than the current price.”

Lily D’Ambrosio the Energy minister who was expected to attend Friday’s formal opening of the plant, said the project would supply about 255,000 megawatt-hours to the grid each year.

“The Numurkah solar farm will play a vital role in supporting the transformation of our energy system towards clean, renewable energy and reaching our renewable energy target of almost around 50 per cent by 2030,” she added.

The great advantage of having the avoided greenhouse gas emissions from the solar farm amount to the equivalent of planting 390,000 trees or taking 75,000 cars off the road

Support for the plant included a $56 million in loans from the Clean Energy Finance Corporation and a 38 megawatt green certificate purchase agreement from the government.

Also underpinning the project was a 15-year power purchase agreement with SIMEC ZEN Energy to supply electricity to the Laverton Steelworks in Melbourne’s west, which helped to almost quadruple the original size of the plant.

The Victorian government’s renewable energy target (VRET) is expected to draw in $7.2 billion to meet its 2025 goal of supplying 40 per cent of the state’s electricity from renewables by 2025.

Some 10,000 jobs will also be created by these projects, according to government estimates.

Neoen is also developing a $350 million, 200 MW wind farm, including 56 turbines, in western Victoria on an old gold mine site at Bulgana, near Stawell.

The company also operates the successful Hornsdale battery in South Australia, which has been helping to stabilise the grid for almost two years.

Despite that project’s success, Neoen is wary of building additional capacity for now given “the shallow market” that currently exists for such projects, Mr de Sambucy said.