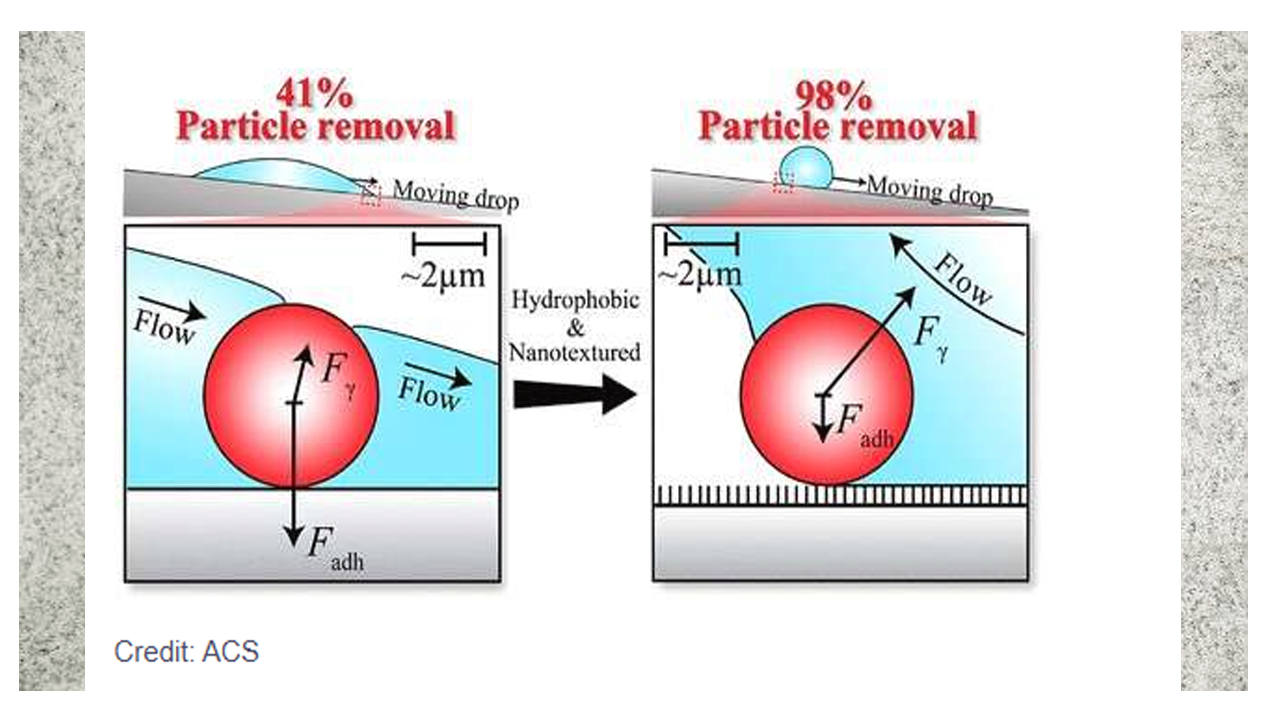 As the lotus leaf self cleans itself the cue was taken from the self-cleaning properties of the lotus leaf, at Ben-Gurion University of the Negev researchers have shed light on mechanisms and microscopic forces that can be optimized to remove dust from solar panels to maintain light absorption and efficiency. The new technique removed almost 98 percent of dust particles.

The researchers confirmed In a new study published in Langmuir that modifying the surface properties of solar panels may reduce the amount of dust remaining on the surface significantly, and largely increase the potential of solar energy harvesting applications in the desert.

Dust adhesion is a major challenge for solar panels and to energy harvesting through photovoltaic cells and solar thermal collectors. In order to maintain maximum collection efficiency new solutions are necessary in high dust density areas such as the Negev desert.

” we observe In nature that the lotus leaf remains pathogen and dust free due to its nanotextured surface, it also has a thin wax hydrophobic coating that repels water,” says Tabea Heckenthaler, a master’s student at the BGU Zuckerberg Institute for Water Research from Düsseldorf Germany, Jacob Blaustein Institutes for Desert Research. “Dust accumulates on the surface of solar cells In the desert and it’s labor-intensive to clean them constantly, so we’re trying to copy and mimic this behavior on a solar cell.” 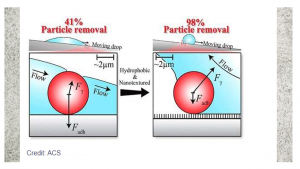 The effect of modifying a silicon substrate (Si) was explored by the researchers they think that a semi conductor used in photovoltaic cells would be useful to mimic the self-cleaning properties of the lotus leaf, as water rolls down the leaves and removes contamination.

Particle removal increased from 41 percent on hydrophilic smooth Si wafers to 98 percent on superhydrophobic Si-based nanotextured surfaces. The researchers confirmed these results by measuring the adhesion of a micron-sized particle to the flat and nanotextured substrate using an atomic force microscope. They found that the adhesion in water is reduced by a factor of 30.

“We determined that low friction between the droplets and the superhydrophobic surfaces is not the reason for the increased particle removal ,” Heckenthaler says. “Rather, it is to increase the forces that can detach particles from the surfaces. The experimental methods we used and the criterion for particle removal we derived can be implemented to engineer self-cleaning surfaces exhibiting different textures or chemistries.”

Now you have came to know that how you can remove dust from solar panels. We recommend you do it on a regular basis especially in areas where there are deserts and dust around. Dust particles cover the surface of solar panels and thus affecting its performance, As mainly its the sun that is giving energy. So dust not only cover its surface and reduce its capacity but it also affects its surface in the long run. Generally if you get a guarantee of 25 years it can come down drastically while you might be unaware of this.

Therefore we highly recommend you to clean your panels on a regular basis and also cover them in a frame at night so you can prevent them from reduction in performance and damage in the long run.

If you are looking for Commercial Solar Panels in victoria we are ready to help you. Residential solar panels are also available and our products are more affordable than ever so don’e miss out.