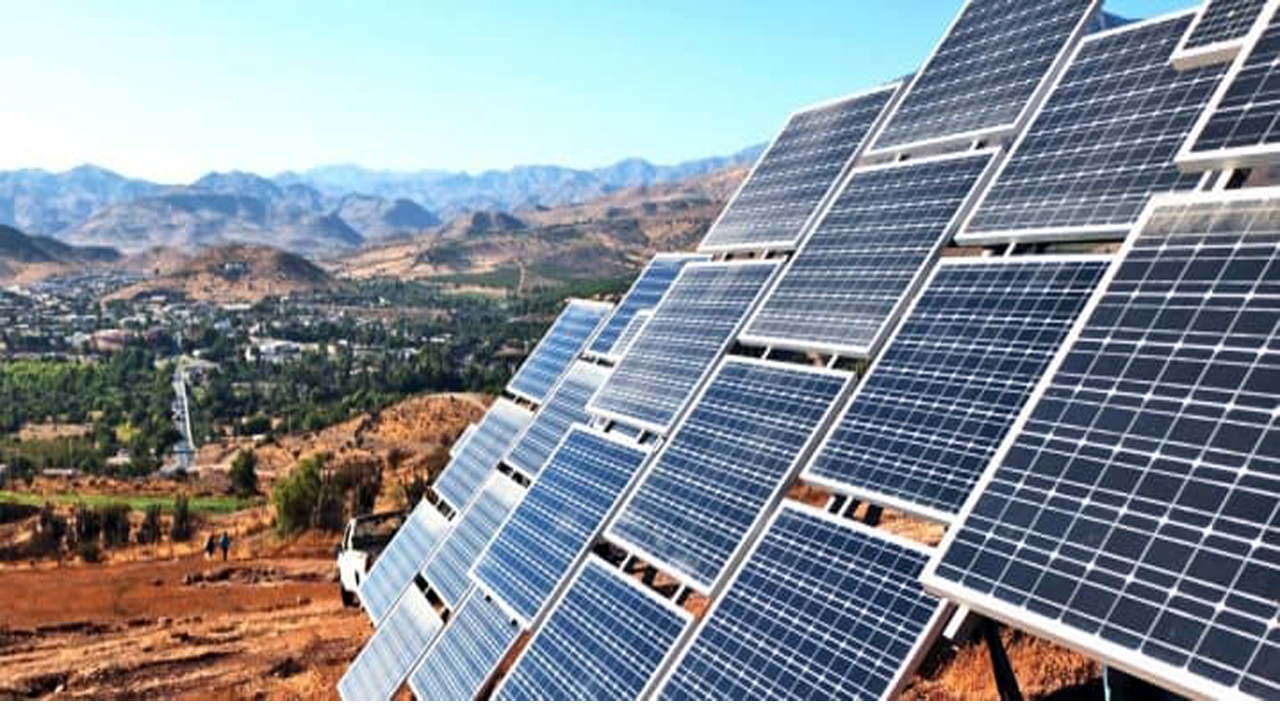 The Tesla Powerwall is a rechargeable lithium-ion battery that can provide backup power, store energy from solar panels, and even be used for full off-the-grid use, has been approved for Victoria’s solar battery rebate. Tesla has informed its customers via an email in Victoria with this good news that the Powerwall has been approved for the rebate. The Solar Homes Programs will provide a discount up to a maximum of $4,838 and are targeting areas with high PV penetration as well as population growth. 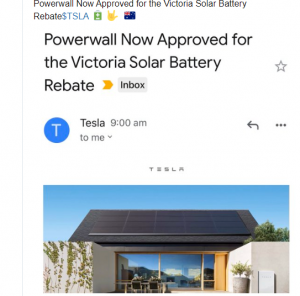 Tesla shares its excitement On its website, about being a part of the Victoria Solar Homes Program and the battery’s ability that makes it more cost-effective to use clean energy in your homes.

The Powerwall starts at around $6,826, and you can check on their website if your postal code qualifies for the Solar Homes Program rebates.

Solar panels are a great way to power your home with the energy of the sun instead of fossil fuels or even nuclear power. Today, a solar power system in Australia will typically save homeowners hundreds of dollars per year per kW, that generally means thousands of dollars a year in savings from a full solar power system. Add in the ability to store this power with Tesla’s Powerwall and the savings can grow further.

Just to give you an idea and to discuss about the high high electricity rates are in Australia, Twitter user, Ashla Wolf, a Melbourne resident, told that she pays $300–$500 a month during the summer and $500–$700 a month during the wintertime. Her household has only three people in it, but she told that soon it will be just her and her sister. In US dollars, that would be a range of $200 to $331 per month. generally in the US people pay around $111 a month with Energy, which combines gas and electricity. The average electric bill in Baton Rouge is $105 a month, The idea of paying over $200 a month on electricity is just absurd.

Combining low solar power costs and relatively high electricity prices in Australia, Australians have been going solar (+ storage) in high percentages for years, with Australians saving billions of dollars a year as a result. Dropping costs and helpful government incentives continue the trend and are leading Australia toward a 100% renewable electricity future.

It’s good to see governments taking the initiative by introducing the rebates program to help homeowners save money by switching to solar and batteries for their electricity needs. Not only does it help citizens save money, but it enables them to utilize cleaner ways of using power that won’t harm the environment.

Tesla is one of the leading automobiles company that provides Electric vehicles to its customers mainly in The United States. Tesla is an electric car, clean energy storage, and solar panels providing company located in San Carlos California. Tesla was founded in the year 2003 by Martin Eberhard and Marc trapanning and the owner of this company is Elon musk with largest shareholding of 21.7 percent. The vehicle producing capacity of Tesla is around 367000 as of 2019. The company has seen immense growth by introducing different models including model S for kids, model x, and model 3. the owner of this company is committed to providing electric vehicles and solar panels 2 its customers at affordable prices and he also says is that his vision was to create a multidimensional company that not only provides electric cars but solar panels, solar tiles for roofs and latest technology and so far they have done great. Earlier the company was known as Tesla motors which letter on shortened to Tesla in February 2017.

After 11 years in the market, Tesla ranked as the world’s best-selling plug-in as well as best-selling battery electric passenger car manufacturer by cars sold in 2019, both as a brand and by automotive group, with a market share of 17% of the plug-in segment and 23% of the battery-electric segment.Tesla global vehicle sales increased by 50% from 245,240 units in 2018[24] to 367,849 units in 2019. On March 9, 2020, the company produced its 1 millionth electric car. As of March 2020, the Model 3 ranks as the world’s all-time best-selling plug-in electric car, with more than 500,000 delivered.

Now the tesla powerwall battery is approved by solar victoria is a good sign for both the consumers and Tesla as it can now be used using Victoria Solar Rebate.

In 2015 automaker Tesla motors developed the home energy storage product known as tesla powerwall today. As we all know that Tesla is mainly renowned for producing electric vehicles and is one of the most popular companies around the world. The first electric car was made over a hundred years ago but now Tesla has renovated the electric cars market and not only that they have the ability to successfully rebrand and reimagine existing technologies.
How does the tesla powerwall work?
The tesla powerwall works quite well with photovoltaics systems, specifically if your utility has introduced time of use rates, or has reduced/removed net metering or even if they have instituted demand charges. Installing a solar panel system and especially the tesla powerwall I will greatly help you store energy in the daytime to not only use it regularly throughout the day but to store it for use at night. Since Tesla has the ability to produce the best quality panels therefore they are quite trustworthy and second to none.

Tesla uses a rechargeable lithium ion battery with liquid thermal control which is suitable for residential and commercial solar and it is one of the few big companies that supports the development of small batteries for residential solar. Therefore it is convenient for any customer looking to install commercial solar to use Tesla powerwall as it is efficient, affordable and trustworthy.